Jamaica is currently experiencing one of the most intense cold fronts in most recent years, where record low temperatures were set in the majority of western parishes this morning. Temperature ranges from 12 to 15 degrees Celsius across most central and western parishes.

The Thursday and Friday morning’s onslaught of low-temperature records were recorded mainly over Manchester to Trelawny. Weather stations owned by the Jamaica Meteorological Service recorded temperatures as low as 12ºC (54ºF) in the parish of Trelawny this morning. The chill penetrated all the way from the northern parishes of Hanover and Trelawny to southern parishes of Kingston and St Thomas, this is also produced a blanket of fog across some northern parishes, like Trelawny and St Ann.

Temperatures fell as low as 12 degrees in central parts of Trelawny, Westmoreland, Hanover, St James, St Elizabeth and Manchester, where record lows were widespread. Temperatures in the deep interior felt much colder than those observed at the locations of the main weather stations.

While the intensity of cold weather is forecast to ease somewhat in the coming days, temperatures will remain below normal over the northern and western half of the island through the weekend. 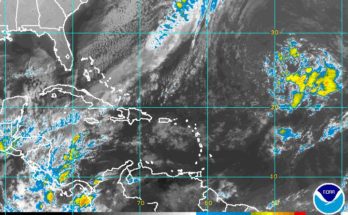