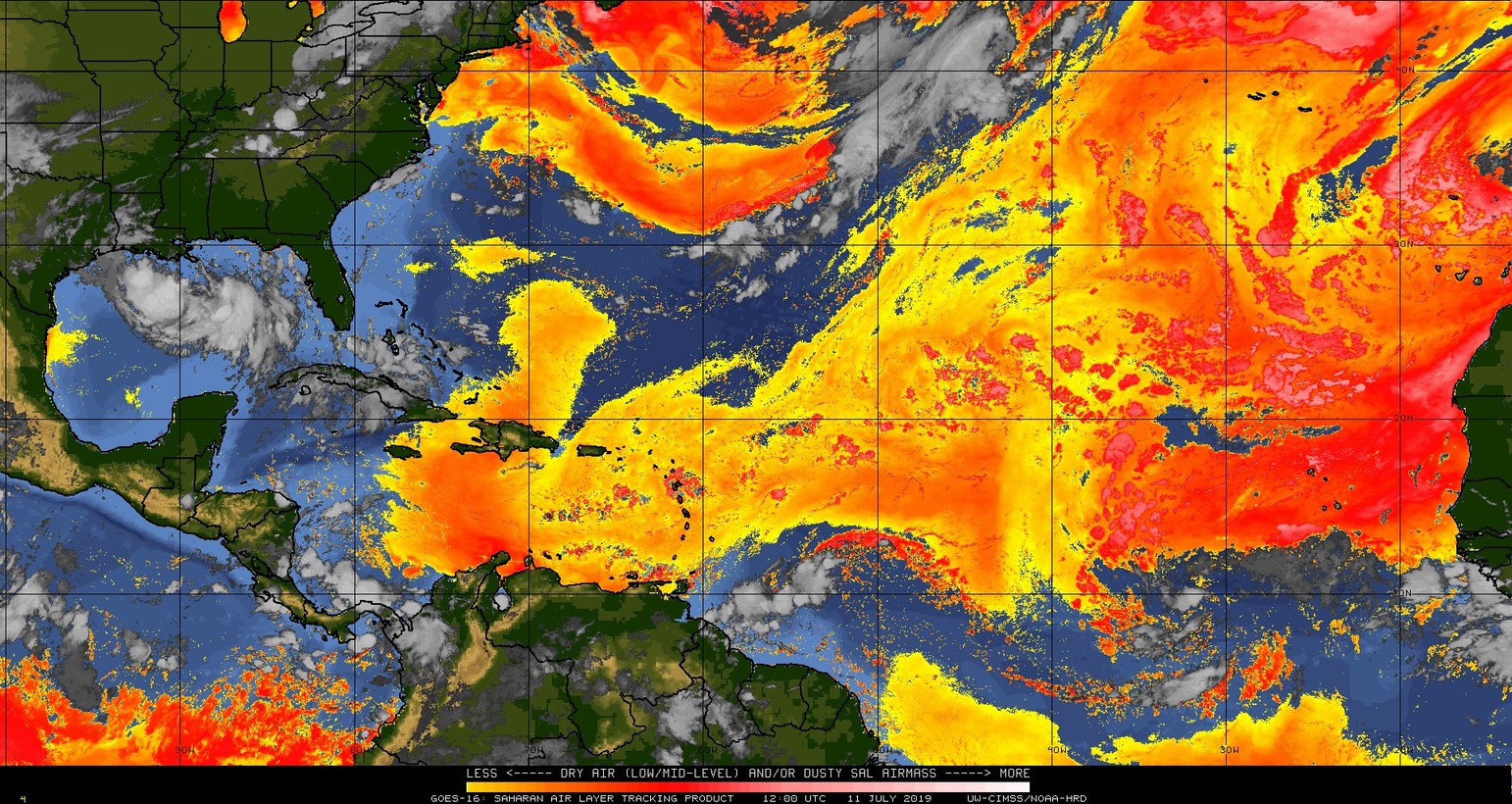 Another wave of Saharan dust is expected to move across the tropical North Atlantic Ocean and sections of the Caribbean this week. The forecast for the next several days indicates hazy and hot conditions with higher than normal temperatures to affect most Caribbean Islands including Jamaica.

Jamaicans are, therefore, being advised to take the necessary precaution, especially those individuals that have to work outside in areas. The heating effect will be further exacerbated due to the presence of Saharan Air Layer, resulting in poor air quality. The Sahara Desert generally forms during late spring, summer and early fall, and typically moves westward over the tropical Atlantic Ocean every three to five days.

Some persons may experience some minor respiratory symptoms due to the influx of dust into the atmosphere, due to poor air quality. Jamaicans are also being advised to stay hydrated during this time as temperatures are likely to be hotter than normal.