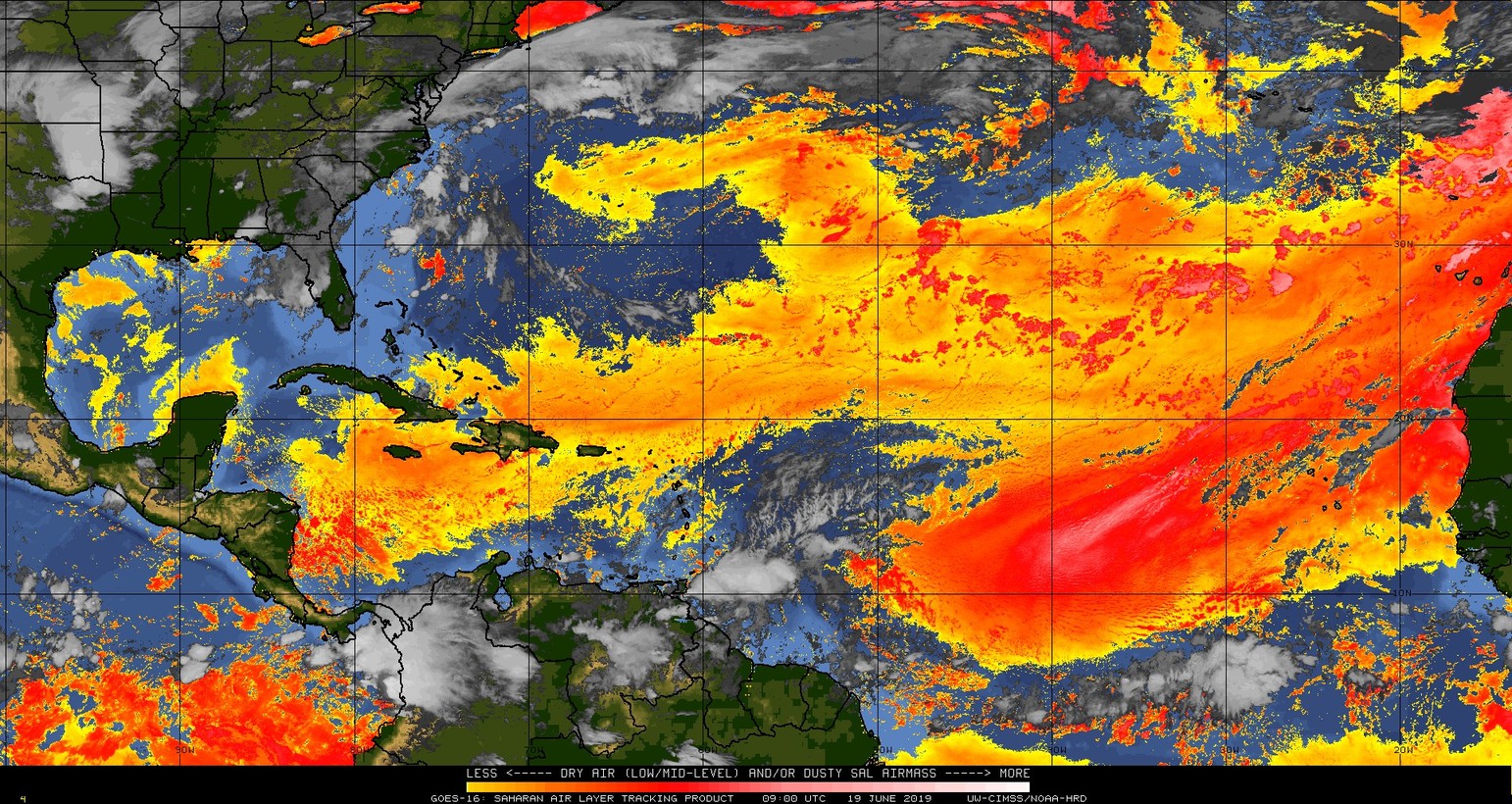 A huge trail of Saharan dust and associated dry air will persist across the tropical North Atlantic Ocean and sections of the Caribbean over the next several days. For the past week, visible satellite imagery has shown a hazy, beige-coloured cloud stretching from the west coast of Africa to the Caribbean Sea. Known as the Saharan Air Layer, this dry, dusty air mass forms over the Sahara Desert during late spring, summer and early fall, and typically moves westward over the tropical Atlantic Ocean every three to five days. Besides some beautiful sunsets, this generally signifies poor air quality as well as a relatively quiet period during the Atlantic hurricane season.

The Saharan Air Layer generally extends between 5,000 and 20,000 feet in the atmosphere. When winds are especially strong, the dust can be transported several thousand miles, reaching as far as the Caribbean, Florida and the U.S. Gulf Coast. Also, the dry air associated with the Saharan Air Layer often suppresses hurricane and tropical storm development. Another round of Saharan dust is expected to arrive this week and lingering through the weekend. While sensitive folks may experience some minor respiratory irritation and should take the necessary precautions, most will only notice some hazy and hot conditions and more vibrant sunsets.

The dust sits in a hot and dry layer of the atmosphere that sits directly above cooler and more humid air above the Atlantic Ocean. This hot, dusty air puts a stop to any thunderstorms that may develop in the moist layer beneath it. In the summer in the tropics, a cap of Saharan dust can temporarily suppress hurricane formation or keep storms that have formed from potentially getting stronger. Hurricane seasons dominated by a large number of Saharan dust events tend to see a lower number of storms develop.

More Saharan dust expected across the Caribbean this week