Experts are monitoring a massive cyclone off the east coast of the USA. If this system becomes a subtropical storm, it would be the 3rd time in history that a tropical system forms in the Atlantic during April.

A massive storm currently off the east coast of the USA continues to show signs of tropical development. Experts say that the structure of the system remains a very complex one with a 30% chance of development over the next 48 hours. According to the forecaster, a subtropical storm is a type of hybrid storm, showing both tropical and non-tropical characteristics, and can sometimes transition into a named tropical storm or hurricane. Subtropical and tropical systems can form outside of the official Atlantic hurricane season, which runs from June 1 to Nov. 30. 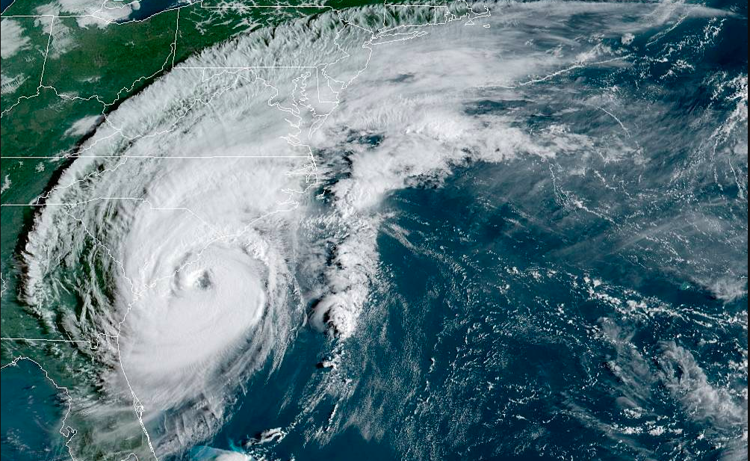 According to data from the National Hurricane Centre (NHC), going back to 1851. It is not unusual to have cyclones outside of the hurricane season. In fact, there has been at least one tropical storm or hurricane has occurred during every month of the year in the Atlantic. Storms forming outside of the official hurricane season are not common and do not develop every year.

NHC record has shown that there have been two tropical systems in April. Tropical Storm Arlene in 2017 and Tropical Storm Ana in 2003. Arlene developed in the central Atlantic several hundreds of miles east of Bermuda as a subtropical depression and then intensified further to become a tropical system. While, Ana was the first tropical storm ever to form during the month of April after a cold front stalled well off the East coast, according to the NHC records. Ana started out as a subtropical storm on April 20, 2003, approximately 250 miles west of Bermuda, before it became a tropical storm.

The 2020 hurricane season predicted to be above normal